Lianna Fung
Lianna Fung is a PhD student in Thomas Schilling’s lab in the Department of Developmental and Cell Biology at UCI. Her research is on understanding vertebrate hindbrain development using zebrafish as a model organism. She is utilizing the MS2-MCP RNA labeling system and hybridization chain reaction (HCR) technique in zebrafish to visualize transcription dynamics and heterogeneity in the hindbrain during segment formation and boundary sharpening. In collaboration with Qing Nie’s Lab, they are also developing computational models for hindbrain segment boundary sharpening, cellular heterogeneity, and robustness.

Daniel Haensel
Daniel Haensel is a 6th-year graduate student in the department of Biological Chemistry in the laboratory of Dr. Xing Dai. He uses adult mouse epidermis and hair follicle as model systems to study the regulation of epithelial stem cells during regeneration and wound repair. He employs both in vivo mouse models as well as scRNA-Seq technologies to characterize epithelial stem cell function and their communication with other non-epithieal cell types.

David Tatarakis
David Tatarakis is a PhD student in the department of Developmental and Cell Biology at UC Irvine, studying the genetics of vertebrate embryo development in Dr. Thomas Schilling’s lab with particular emphasis on neural crest and craniofacial development. In collaboration with Dr. Qing Nie, David is working to elucidate the spatio-temporal dynamics and genetic mechanisms of cell fate determination in the early migrating neural crest in zebrafish using single cell RNA-seq and live in vivo imaging.

Rob Taylor
Rob Taylor is a PhD student in the UCI Physics department who’s research is on using Weighted Ensemble methods to study Cell Surface Evacuation. Large surface molecules play a significant role in initiating transient cell-cell contact, and often times these molecules must evacuate a region in order for the contact to initiate. A specific example of interest is T Cell receptors, where large surface molecules, such as CD45, must evacuate a region surrounding the receptor to allow T Cell interaction, playing an important role in immune system response. The primary goal of his research is to study these evacuations: How long do they take, and what factors affect this?

Zixuan Cang
Zixuan Cang is a postdoctoral scholar in the Department of Mathematics and NSF-Simons Center for Multiscale Cell Fate Research at UC, Irvine. His research interests include applied topology and numerical methods for PDEs with applications to biological systems of scales from molecular level to tissue level.

Adam MacLean
Adam MacLean is a Postdoctoral Fellow based in the Dept. of Mathematics at UCI in the group of Qing Nie. Adam is working to advance our understanding of cell fate systems by developing new mathematical models and computational methods for single cell biology (more). He works in close collaboration with several experimental groups in CMCF, including the Dai, Plikus, and Schilling labs. In 2019 Adam will leave UCI to start a tenure-track position as assistant professor of quantitative and computational biology at USC.

Chris Rackauckas
Chris Rackauckas is a mathematician and theoretical biologist who received his PhD from the UC Irvine Department of Mathematics. His research involves understanding the effects of stochasticity on multiscale systems and mechanisms for controlling biological noise. He is the developer of many open source Julia packages including DifferentialEquations.jl. He runs a blog on numerical computing at StochasticLifestyle.com where he details the methods using Julia effectively and numerical methods for solving differential equations.

Xiaojie Wang
Xiaojie Wang, PhD, is a postdoctoral fellow in Dr. Maksim Plikus lab at the Department of Developmental and Cell Biology, UCI. She has been investigating the mechanism of regeneration using “multi-omics” platforms, focusing on “The Yin and Yang of adult skin stem cell niche”.

Lihua Zhang
Lihua Zhang joined the Nie lab as a postdoctoral research scholar in August 2018. Before that she completed her Ph.D. in applied mathematics at Academy of Mathematics and Systems Science, Chinese Academy of Sciences: her thesis entitled “Research on Matrix Factorization Models, Algorithms and Applications of Big Omics Data”. Lihua’s research interests include computational biology, bioinformatics and optimization. Nowadays, single-cell data provides us unprecedented opportunity to understand the cellular heterogeneity in great details. She is actively developing new tools to model and analyze such data. 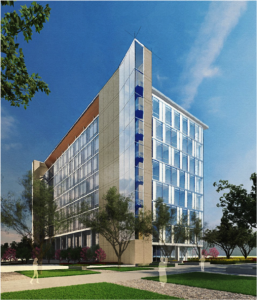